Managing variability in human-machine interfaces lies at the heart of the MODEL project. The aim of LIST researchers is to seek a manner of reducing software production time through an integrated approach which enables part of the design process to be automated.

The project and methodology

Software publishers, like IT Services companies, for example, are sometimes wary of diversifying their range through developing new software or adapting it for new markets. These developments require considerable investment. This is because designing interactive applications involves several key players (developers, industry experts, analysts, etc.). However, there is another reason. These various professionals do not always use the same language. This lack of "working common ground" means that sources of error are multiplied and it results in a delay between the initial concept and the user interface (the part of the system which enables the user to communicate with his or her computer). It implies that all of the design process has to be carried out again. Another constraint which also arises from this is that the final interface must satisfy user profiles which have different needs or on different media (tablets, PCs, etc.).

The goal of the MODEL project is to reduce a product's production time before it is marketed, and therefore its manufacturing costs, through an integrated approach which enables a set of prototypes to be semi-automatically generated. MODEL follows on the GENIUS (Generation of ErgoNomic User InterfaceS) research project. This latter project, led by CRP Henri Tudor which became LIST in 2015 and funded by the FNR (Fonds National de la Recherche, or National Research Fund), was based on interfaces which adapts automatically to users' profiles, to the tasks they carry out, to the context of use, and how they use it. "The goal of researchers involved with MODEL, which is an interdisciplinary team of researchers, industry experts, and an ergonomist, is to develop a modelling environment for human-machine interfaces which allows for greater variability and a collaborative approach, in order to move towards an industrialisation model of software design", noted Dr Jean-Sébastien Sottet, researcher at LIST.

The project, which began in March 2013, is currently focusing on software requirements related to health and safety in the building industry. This is becoming a reality through the design of an initial software prototype which will be subject to field testing. This first case study is aimed at confirming the relevance of this approach and concepts in order to extend them to other sectors. MODEL, which of particular interest to software professionals, has been the focus of a preliminary discussion concerning the possible commercial exploitation of its research outcomes. Therefore, every opportunity is to be considered. 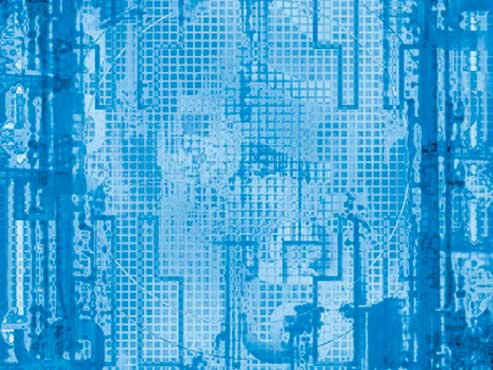 The project is coordinated by LIST in partnership with 5 French, Belgian and Luxembourg institutions. The Interdisciplinary Centre for Security, Reliability and Trust (SnT) of the University of Luxembourg is also closely involved.