Although there are officially 13 Luxembourg COVID-19 TaskForce groups, or WPs (Work package), there is in fact another activity coordinated by Benoît Otjacques, head of LIST’s Data Science and Analytics Unit within the ITIS Department, as an overview dashboard of the others.

“In my case it is a little bit strange,” began Benoît Otjacques, “In fact I am involved in another WP called WP0 (Work package zero). It is the very last one. There was a first phase with several working packages focused on specific facets of the crisis like predictive markers, statistical projections or gauging its economic impact. After a few weeks there was an idea to create another one called WP0 with a different structure”.

Just over two months ago the idea of a cross-functional overview dashboard came about, coordinated by Benoît.

Benoît explained, “It is clear we are facing a global crisis, meaning that everybody in nearly all sectors, in almost every country in the world is affected, so it is not a local crisis in one sector of our lives, it is more or less everything. And of course there are people who are experts in various facets regarding COVID-19 -  it may be epidemiology, it may be economics, it may be social life, and so on, and it is good to have people focusing on one facet.”

However unlike the other working packages, the global Dashboard doesn’t focus on one specific aspect of fighting Coronavirus in Luxembourg but aims to provide a cross-functional overview.

“The real problem we have now is the dilemma between public health and the economy and not that we only choose results based on public health, or only on economy, or only on social life, so it should be everything mixed,” Benoît stated, “the idea is to have an overview of what we have called “verticals” [vertical, focusing on one facet] so verticals in logistics, verticals in large-scale testing etc. So there are verticals led by experts. If we are talking about socio-economics it is mainly LISER, if epidemiology LIH, LCSB, if logistics Uni & LIST – there are many groups of people”.

The idea of having a tool with a global view raises various challenges, as Benoît explained. “There are two main challenges globally. One is an IT technological challenge. There’s a lot of data spread everywhere in various formats – more or less available, and you have a lot of models that are also spread in various institutions, models by LISER, LSCB etc . So in terms of getting access to the data and results of simulation runs is not easy, so there’s a technical challenge”.

The second challenge is engaging and involving institutions and stakeholders into sharing information to be included cross-functional dashboard. “So those are what I have focused on, trying to build this dashboard relating to the COVID-19 pandemic,” said Benoît before elaborating, “we are processing surprisingly well in the sense that now we have built that dashboard – relying on a LIST infrastructure which is the Visualisation Wall and combining it with interactive tables and interaction technologies”.

The Visual Wall is an impressive digital-screened wall full of data and graphs, however remote access is also possible via a desktop computer, “but in this case you won’t have all the experience you get in front of the wall, but it is still possible,” added Benoît.

The first partners in the dashboard project were LCSB and LISER with data coming from LCSB relating more to health with data showing, for example, models of the propagation of infection in the population, data that is already integrated. Data from LISER is also visible relating more to predictions on the impact e.g. on GDP, globally and by economic sector in various different scenarios.

The cross-functional dashboard tool targets two types of user, as Benoît elaborated. “We have researchers and the research community, because there is a lot of interest in data cleaning and validation, model checking etc between and across disciplines. So it is very useful for researchers to be able to check models against each other. Other target users are decision makers. In this case we are offering a collaborative decision support tool where decision makers can play with variables in governing scenarios and “what if” scenarios.

Indeed decision makers will be able to run scenario for example, what if Luxembourg opens all schools now?  What if the country relaxes social distancing constraints? What if the infection rate is growing? Etc.

A dashboard just for Luxembourg or worldwide?

“The door is still open and we are still discussing with other stakeholders to join this initiative, like Luxinnovation who we met recently. So we invite other stakeholders to join it and make it available to them and share information they want to,” explained Benoît before going on to say, that perhaps Luxembourg may in fact be one of the few countries in the world to have this kind of cross-functional dashboard with an easy to understand big picture for non-experts in specific fields. “I don’t know how many countries have it, but I understand that in bigger countries with much more administration, many more stakeholders and inhabitants make it more complex than in Luxembourg. So it could serve the agility of Luxembourg in the sense that the sooner the decision maker knows based on research outcomes the better, the faster they can react, and the better the decision they make – it is also aligned with the tradition of Luxembourg in terms of agility”.

What has been achieved for Luxembourg so far?

“We have carried out quite a lot of demonstrations and others are still planned. I could say that in a few weeks almost all stakeholders in Luxembourg will have seen it and all institutions; LISER, LIH, Uni, LCSB etc. Some have already contributed actively and we thank them for their commitment, some we are still in discussions with, so now we are well in advance of the awareness phase.

Then the system itself. It is not complete; it is still in the beta version stage, less than two months old. It was made in 6-7 weeks and is based on LIST technology. So we have built the system, we have demonstrated that it works, we have demonstrated that having side by side information coming from various domains and facets of the crisis works, and now we have people calling and asking to see it”.

Some of the aspects of this activity do sound familiar to existing LIST projects and indeed Benoît pointed this out. “We have for instance an FNR [Luxembourg National Research Fund] funded project in logistics Acting NoW and we are also planning to use this dashboard which should also be fed by the results of the logistics sector. As another example, we have also connections with the REBORN project”,

Benoît concluded by pointing where ITIS at LIST is directly involved. “Some of the building blocks of this dashboard have been developed in LIST like the DEBORAH software integration layer. It’s not only taking bits and pieces developed by others; some are of course, but also important contributions from ITIS at LIST”.

Benoît Otjacques leads the Data Science and Analytics Unit within the ITIS Department of LIST. This newly created Unit gathers around 50 researchers and engineers joining their forces to imagine, design, implement and assess innovative IT systems keeping humans in the loop. Since he joined, a LIST ancestor almost 25 years ago, Benoît has occupied various managerial positions in IT-focused research entities.

He holds an Engineering Degree from University of Louvain (Belgium) and a PhD in Computer Science from University of Namur. He has been working on visualisation topics for almost 20 years. Beside his deep interest in "how to best use the amazing vision capabilities of humans to understand the world and to solve complex issues", he is also passionate about connecting research communities to the business world. His ultimate goal is to have impact on the real world. In particular, he aims to build innovative technologies derived from scientific research that can be used in practice to solve real problems. As an example, he is coordinating the multi-annual Programme on Data Sciences included in the LIST-Goodyear strategic partnership. 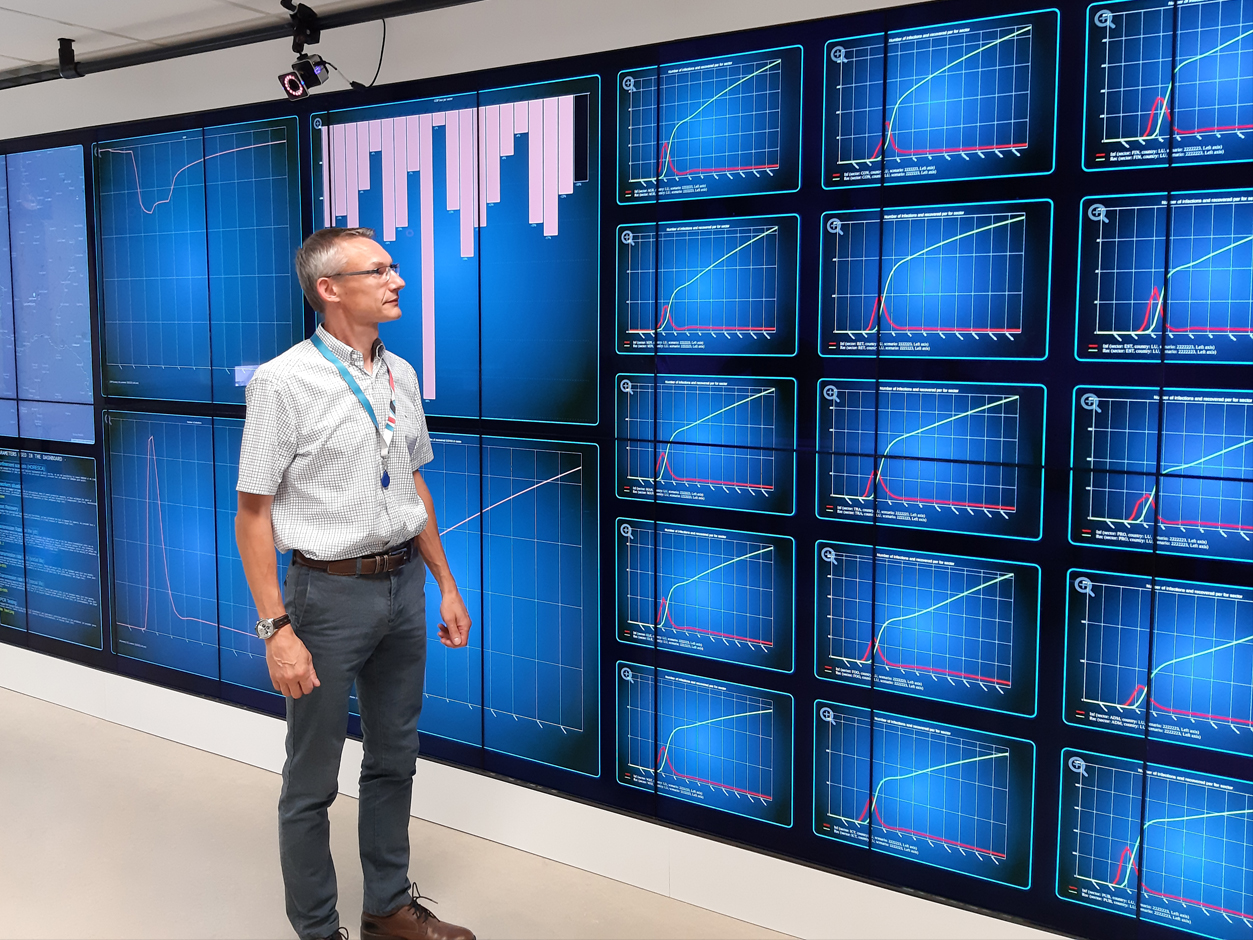