LIST took advantage of the last days of the year to sign the agreement sealing the creation of a new spin-off of the institute.

Named WASDI, the spin-off was officially created on Wednesday 23 December. It markets a technology developed at LIST and patented: HASARD®, which notably enables the generation of flood maps on a global scale from satellite data. The tool has proved its efficiency on several occasions, notably during cyclone-related floods in Mozambique in March 2019 or in Myanmar in South-East Asia in May 2019.

While the maps generated by LIST with the HASARD tool have attracted the attention of the Luxembourg Space Agency (LSA) and the European Space Agency (ESA), they have also been used by different organisations such as NASA's Earth Science Disaster Programme, the United Nations World Food Programme and different members of the Global Flood Partnership.

HASARD has therefore proved its worth and is preparing for the heyday of the WASDI spin-off. It consists of a consortium composed of the Italian company FadeOut, RSS Hydro and LIST. Paolo Campanella of FadeOut becomes its Chief Executive Officer. Among its first partners, the spin-off will be able to count on the World Food Programme and the World Bank. ESA and LSA have also already shown great interest in the potential offered by the creation of the spin-off.

HASARD was developed within LIST by Patrick Matgen, Ramona Pelich, Marco Chini and Renaud Hostache within the Remote Sensing and Natural Resources Modelling group of the Environmental Research and Innovation Department. Based on this technology, WASDI, in collaboration with its partners, will develop and make available a wider range of applications, notably for forest fire mapping, ship movements monitoring and urban change mapping. LIST is once again fulfilling its mission to push the frontiers in research for high-impact innovation.

FadeOut Software: develops customised software solutions adapted to customer requirements. Thanks to its know-how in the software development life cycle, it also offers consulting services in project management and software design. FadeOut Software has its offices in Genoa.

RSS-Hydro: a dynamic R&D company based in Dudelange (L) that operates in all areas of environmental remote sensing and water risk modelling.

Luxembourg Institute of Science and Technology (LIST): transforms scientific knowledge into technologies, data and intelligent tools to inform citizens in their choices, support public authorities in their decisions and boost businesses in their development. 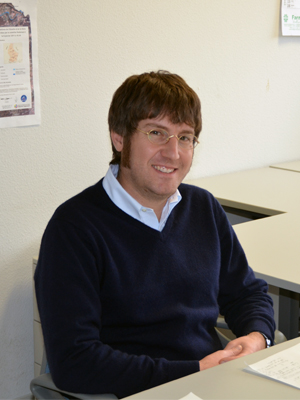