On Monday, July 13th, 2015, the Luxembourg Institute of Science and Technology (LIST) officially moved into its new headquarters at the House of Innovation (Maison de l’Innovation) at the Belval Innovation Campus in Esch-sur-Alzette. The main occupant of the building, which it shares with Luxinnovation and the Centre de Formation Professionnelle Continue Dr Robert WIDONG, LIST has workspaces on three floors, and will move further teams onto the fourth floor in the coming weeks. This now brings LIST’s 500+ collaborators together on three sites: Belval, Belvaux and the Hautcharage laboratory annex.

The Belval Innovation Campus is a new development managed by the Fonds Belval, envisaged to become the main hub of education and research in Luxembourg. It is the flagship project of Belval, conceived as an urban neighbourhood where residents can live, work and play. Already housing key actors including the University of Luxembourg and the business incubator Technoport, the arrival of the institute coincides with the next stage in the development of the City of Science, bringing a new influx of researchers, students and innovation professionals as the next wave of organisations moves in.

Located on the outskirts of Esch-sur-Alzette, Luxembourg’s second largest city, the industrial site of Belval was originally used by Arbed, the Luxembourg steel manufacturer founded in 1911, which through a series of mergers became present-day ArcelorMittal. Luxembourg’s last operational blast furnace was shut down in 1997, opening 120 hectares for redevelopment, managed by the location development firm Agora. The conversion pf Belval from industrial wasteland to urban neighbourhood was designed by the Dutch architecture firm Jo Coenen & Co., and incorporates the industrial heritage of the site alongside the new infrastructure. The House of Innovation is a prime example, located between blast furnaces A and B, which wrap around the building to create an interesting contrast of old and new.

Come discover our new headquarters for yourself! We are located at 5, avenue des Hauts-Fourneaux, Belval. 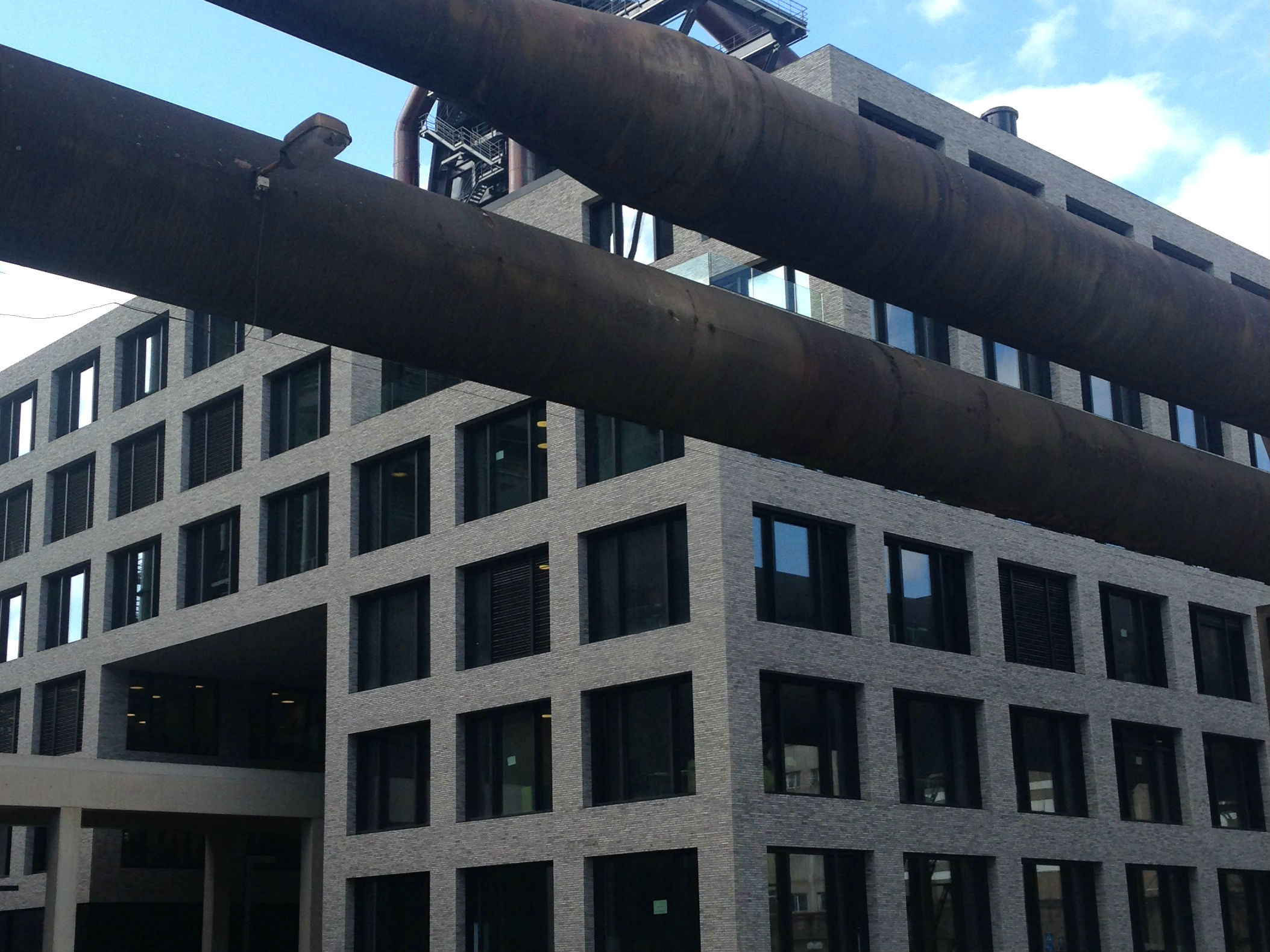