With its motto “passion for impact” Luxembourg Institute of Science and Technology celebrated its third annual Tech Day on Wednesday with around 300 attendees at the Maison des Arts et des Etudiants in Belval as well as over a hundred more online making it a popular hybrid event.

Before live technology demonstrations and pitches from no less than eight flagship LIST technologies could take place, several national and international speakers took to the stage.

Claude Meisch, Luxembourg’s Minister of Higher Education and Research opened the floor by stating, “I am particularly pleased to open the 2021 Tech Day here in Belval after nearly 18 months of immersion in a virtual world with Zoom Webex Teams and the like for meeting and conferences,” and was pleased that LIST Tech Day highlights passion for impact, “as this joins the national research and innovation strategy”.

Mr Meisch went on to say that the Tech Day gathering researchers, companies and civil society “offers a perfect opportunity to address the many challenges of the environment and economy especially in the LIST domains of expertise, digitalisation and sustainability”.

Listen to his full speech below

In his opening speech, LIST CEO Thomas Kallstenius pointed out that since the previous Tech Day two years ago there have been a lot of changes in programmes and perspectives. “LIST today has close to 650 employees and a vibrant community of students. There are hundreds of projects, with 110 national projects, and we filed a lot of patents and we wrote a lot of papers,” he stated, “but we couldn’t have done it without our partners”.  Mr Kallstenius then took the time to address the subject of biodiversity. “In the world around us today 25% of species, animals and plants, are on the verge of extinction,” before analysing the status of Luxembourg. “So the question we have is how can we continue to stimulate economic growth while not violating the environment’s sustainability?”  As LIST’s approach is to find “problem solving in technology with sustainability by design”.

In his keynote speech, Marcus Weldon, former president of Bell Labs and Corporate Technology Officer for Nokia began, “connecting together Minister Meisch’s comments and Thomas’s comments, there is a bigger picture here regarding how we see the future and how technology is going to help with sustainability as a key criteria,” he said, before stating; “What LIST is set up to do, and what Luxembourg as a country is in a prime position to do, is go after the next phase of human evolution”.
Looking into the future Mr Weldon said that “humans and machines will co-exist and perform tasks that they are good for which has always been the case” and concluded by saying, “don’t think that machines are going to catch us any time soon, it’s too hard to learn the rules of the physical world without human assistance”.

CEO of Luxembourg Space Agency (LSA) Marc Serres in his keynote speech showed what LSA in collaboration with LIST, have achieved over the past few years how it fits into global objectives. “Luxembourg has been active in space even before we thought about creating an agency going back to the 80s delivering TV to consumers in Europe”. Looking at the present Mr Serres explained how LSA when it was set up “did not want to start from scratch and do everything by ourselves so partnered with established players in Luxembourg, and LIST of course is one of our partners for education and economic development”.  Mr Serres then highlighted European Space Resources Innovation Centre (ESRIC) a department of LIST,  “but we immediately gave it an international dimension, with quite an ambitious goal. We want to make ESRIC an internationally recognised centre of expertise in space resources”.

The day then continued with LIST technology demonstrations and a host of other keynote speeches for experts in their fields. 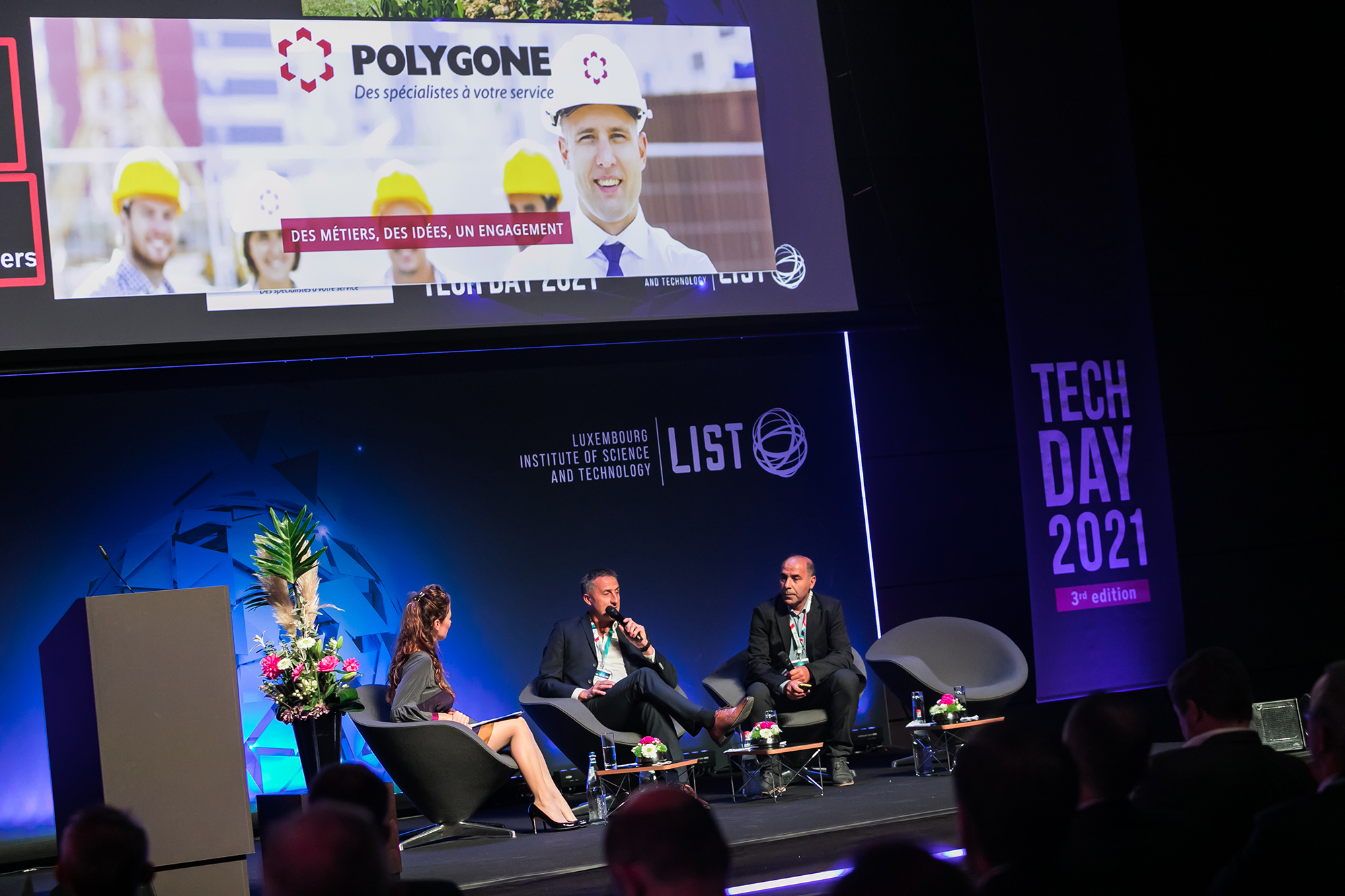