LIST strengthens its collaboration with VITROCELL signing a Cooperation Agreement

The Luxembourg Institute of Science and Technology (LIST) signed a cooperation agreement with the German company VITROCELL Systems GmbH, a global leader in equipment for in vitro aerosol exposure thereby reinforcing a working relationship that started in 2010.

Dr. Arno Gutleb, Head of Group in Environmental Health, who has initiated the first contacts back in 2010 and ever since then having a group focus on developing in vitro models for the alveolar region of the lung states, “Since the first contact we have continuously cooperated with VITROCELL resulting in the production of several prototypes that were customized based on our needs. These developments were key for the development of patented technology within the Environmental Health group.”

The equipment of VITROCELL allows to expose human lung cells cultured in complex 3D orientations at the air-liquid-interphase to gases, chemicals and particles including nanoparticles ranging from consumer care products to pharmaceuticals and industrial chemicals and test them for their irritating, inflammatory and sensitizing potential. “The Environmental Health group at LIST has been a highly competent partner in developing the field of in vitro lung toxicology and helped us to better understand the customer needs” says Tobias Krebs, Managing Director of VITROCELL.

Dr. Gutleb explained that LIST has got early access to newly developed equipment and will serve as a reference laboratory for VITROCELL. This is underlined by the fact of the large number of high impact factor publications of LIST in which VITROCELL equipment has been used.

A second topic will be future shared training sessions “where it would make sense to teach as vocational training for industrial and academic partners the establishment of complex models and the correct use of the exposure equipment”, explained Dr. Gutleb.

Finally, on the day of the visit two new developments recently filed for patents have been presented to VITROCELL and they expressed their serious interest to further explore possibilities for an eventual licence.

The agreement has been signed for a period of three years. “I think that all current and previous staff members of the Environmental Health group, the CEO and the employees of VITROCELL deserve a big thank you for all the fruitful discussions and equipment developments that lead to the current state-of-the-art. Thank you all”, concluded Dr Gutleb. 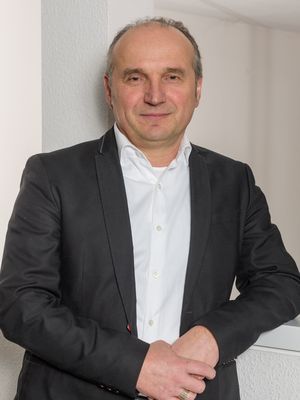