The launch of a technology Infrastructure hosted by LIST

Anne Hendrick, project manager explained, “The initial name DAP (for Data Analytics Platform) regroups several things. At the start it was the name of the project funded by Fonds Feder [European funds for regional development]. In that project there are three components in terms of equipment; the extension of the existing HPC which we will leave to come to an end but will still function for a few years. There’s the Visualisation Wall, and the AI and Data Analytics platform”.

All the equipment within the platform is at the disposition of researchers communities and also businesses. This clearly fits into the term ‘technology infrastructure’ that is a European concept focusing on accelerating innovation, making platforms available that can be generic or specialised that can be transferred to industry.

“This technology infrastructure still needs to have a proper name, as AI data analytics and visualisation  - is too long and needs a pretty acronym,” said Anne. “We will work with LuxProvide to propose a joint offer that joins the AI, Visualisation Wall and MeluXina [Luxembourg’s new supercomputer]”.

“This infrastructure helps both to support LIST researchers, and industrial partners” Anne added. “It is now progressively going into production with all the supporting services for the ecosystem and will be fully available the 1 January 2022.”

The technology behind the AI, Data Analytics & Visualisation Technology Infrastructure  is actually two things; the installation of the technology in LIST premises, with two clusters of computations, and the access to cloud services supplied by external providers like IBM and Azure.

Samuel Renault product manager, stated, “when using the system, you could describe this as an enormous toolbox for everything that requires data analytics and AI. We have use cases that are quite diverse, for example, an industrial collaborative project where we use the strength of computations to speed up calculations, allowing us to interact more frequently with partners. We’ve been able to reduce calculations from two and a half hours to three and a half minutes so really a time gain”.

Samuel gave another example of a colleague working on the two installed components, to use AI that produces images of galaxies normally taken by a space telescope, allowing them to be produced artificially. “He did them mostly as a test, to try out the platform and see how far he was able to go. As the results proved really interesting, he talked to a French partner that makes telescopes with integrated software, and the company was interested in implementing what he had developed in terms of AI to integrate in the telescopes they sell. This has now led to an FNR Bridges project with this French company” he stated.

Working on the implementation of this technology infrastructure is a core team round about 10 people. There are two technical administrators, Raynald Jadoul and Jean-Francois Merche. A number of users test the platform from different areas, such as AI, data processing and decision optimisation, and summarise the knowledge acquired for future users.

Surrounding this technology infrastructure, are many experts working on it with great experience, and therefore are able to help and work with external partners and European projects. A series of training modules will be soon available for future users of the infrastructure. “So we have the technology on one side, the toolbox on another, and also training at all levels whether it be informative or awareness in order to learn what can be done with the data, as well as the external data scientist who would like to have a specific training on one tool or another,” outlined Prune Gautier from the project team.

“The aim now of the platform is that all data scientists and all people who use data in the research centre use this technology infrastructure for their projects with other partners. For instance, our platform can be proposed in European projects as a central technology tool,” Prune explained, before elaborating “or it could be used to launch a Bridges project or collaboration with external partners. We now try to find all potential users and beneficiaries of this platform. In the following weeks, we will meet the potential users and present them the advantages of the platform as well as listen to their detailed needs”.

Anne pointed out that there are also different types of services on offer with DAP such as a sandbox area where researchers can test their data before use on the live system, or a project with  particular needs requiring a specific set of tools or components from the platform. This means that direct access to a special dedicated environment can be given. “We could have a researcher who comes because they are in the process of submitting a project and they would like to use the platform and there we can help them with drafting the budget for using it”.

So how will DAP function outside of LIST? Samuel explained. “We have two components installed in LIST, one ‘open source’ that is very open but requires good technical knowledge to use, the other is ‘proprietary’ that is IBM technology we also installed internally that is a lot more accessible especially for people who are not too technical, with details and tools of data analytics and AI. It is more with this proprietary component that we will open externally on demand, so that partners can develop their data analytics and AI projects with the support of LIST engineers and researchers”.

Although the platform will be also used by external partners in a near future, its scope will be limited to prototyping. While LIST will help with developing prototypes, and proof of concept, once developed the partners will have to move to another platform, outside LIST, for effective use in production.

In conclusion Anne explained that within the infrastructure a kind of skeleton model of data treatment has been created that can be adapted depending on the needs of each project. “As an example, in the toolbox we have made tools specifically for researchers and partners. So, let’s say in that toolbox is a screwdriver. We can then make a specific, specialised screwdriver for each project”. This would help industrial partners to build faster their own prototypes in a test before invest principle to transform their ideas into viable solutions. 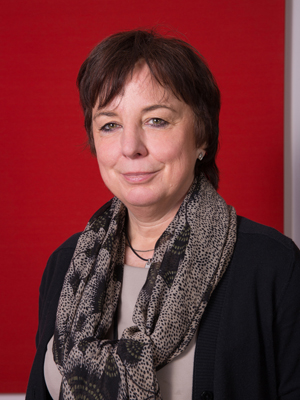 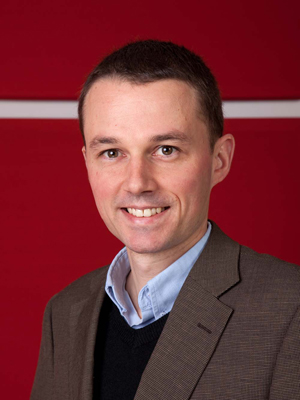 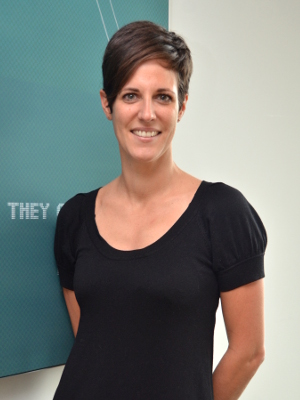