Towards new materials for hydrogen production

With new equipment and a second partnership with 3D-Oxides, LIST positions itself as a major international player in the hydrogen sector.

The partnership announced in June between LIST and the French company 3D Oxides is taking shape. The planned joint laboratory has just opened with its first instrument installed and a second project was signed on Wednesday during a press conference held in Belvaux.  The focus of all hydrogen research during the partnership between LIST and 3D-Oxides is on making environmentally friendly water fractionation easier, efficient, and more affordable.

After an introduction by the Director of LIST’s Materials Research and Technology department Damien Lenoble, a presentation was made of LIST’s new collaboration with French company 3D-Oxides who develop functional materials with extraordinary properties. Although the partnership actually began in June 2020, this was the first time the company’s president Christian Petit and Chief Technology Officer Giacomo Benvenuti were present along with LIST’s CEO Thomas Kallstenius to explain the collaboration.

With the creation of a joint lab between LIST and 3D-Oxide, two projects are being researched and brand new innovative equipment installed.

The four-year partnership aims to conduct a research programme focused on energy, and in particular on the development of new materials for the hydrogen industry necessary for the creation of battery fuel with low catalyst content, the development of new generation electrolysers or high performance photolysis systems.

The ultimate goal of this joint-research is the acceleration of new materials discovery adapted to the challenges of hydrogen production and beyond.

A presentation and demonstration of new equipment named "Sybilla 450, recently installed at LIST in the new joint lab was given by Giacomo Benvenuti”. 3D-Oxides is very experienced in processes known as CBVD (Chemical Beam Vapor Deposition). This thin film deposition technology, which allows processing several materials at the same time thanks to a combined approach, represents an innovative way to deposit materials in softer conditions, well controlled and in a single step. Sybilla 450 is a very unique machine that can treat substrates with diameters up to 450mm, a substantial size allowing the generation of photo-electrodes in large numbers or of sufficient size for relevant usage tests. LIST will bring its expertise in the synthesis of functional materials in thin layers, in the characterisation of these materials and in the prototyping of functional devices.

A totally new and innovative process together with a live contract signing for the joint-project took place in front of the press for this collaboration research between LIST’s CEO Thomas Kallstenius and 3D-Oxide President Christian Petit.

This new project is known as STONB (Strontium Titanate Oxide with Narrow Bandgap). It will be lead by Dr Emanuele Barborini. It is based on the observation that although in short-mid time scale hydrogen economy can be initiated through fossil fuels (e.g. by steam reforming or coal gasification), its long term sustainability relies on other precursors as well as on production processes driven by renewable energy. In this respect, photo-electrochemical (PEC) water splitting by solar photons, a process where the solar energy is captured by the surface of special materials and exploited to break the water molecules in hydrogen and oxygen, is the "perfect solution" largely emphasised but still not reached.

Among the materials considered for photo-electrochemical (PEC) water splitting, Strontium Titanate (STO) is particularly interesting thanks to its physical-chemical properties, and will be researched during this new joint-project.

Being able to easily produce hydrogen, by an effective, cost-efficient process based on water and solar-photons, would significantly reduce humankind’s carbon footprint and solve the current problem of excess renewable energy storage, which the STONB project now strives to achieve.

STONB is the second project resulting from the partnership. The first one already launched is HEPHOTO. This project, led by Dr Bianca Rita Pistillo and supported by the National Research Fund via the Bridges programme, aims at developing a functional material used in photo-electro-catalytic processes to separate hydrogen and oxygen. This approach will make it possible to obtain, in a single step, very efficient photo-electrodes making it possible to fractionate the water.

LIST’s collaborative research into new hydrogen projects have been fully aided by complementary teams of experts:

Marc Michel of LIST’s Materials Research and Technology Department leads a team focused and experienced in the field of fuel cell research.

Nicolas Boscher is an expert in Scientific Instrumentation and Process Technology. He focuses on a new class of materials development for the clean and efficient production of hydrogen from ‘solar water splitting’ (ERC Consolidator grant by the European Research Council -, CLEANH2 project entitled ‘Chemical Engineering of Fused MetalloPorphyrins Thin Films for the Clean Production of Hydrogen’). 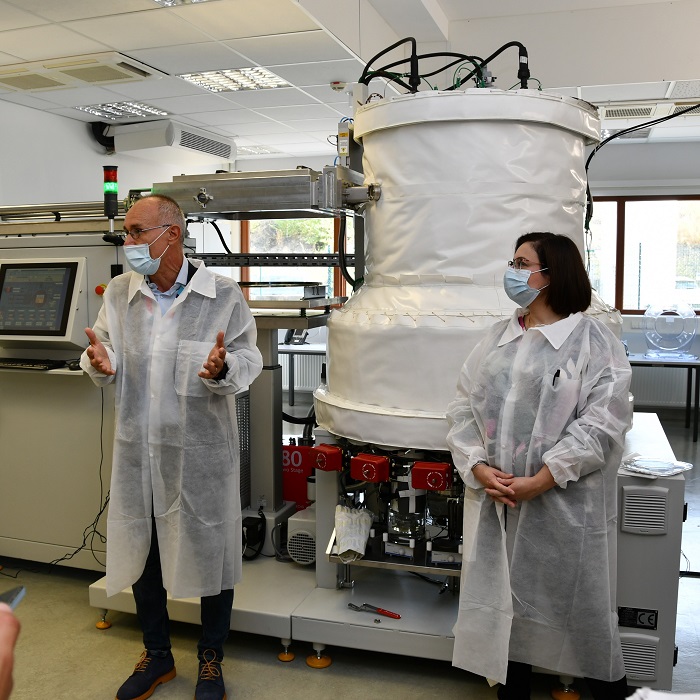 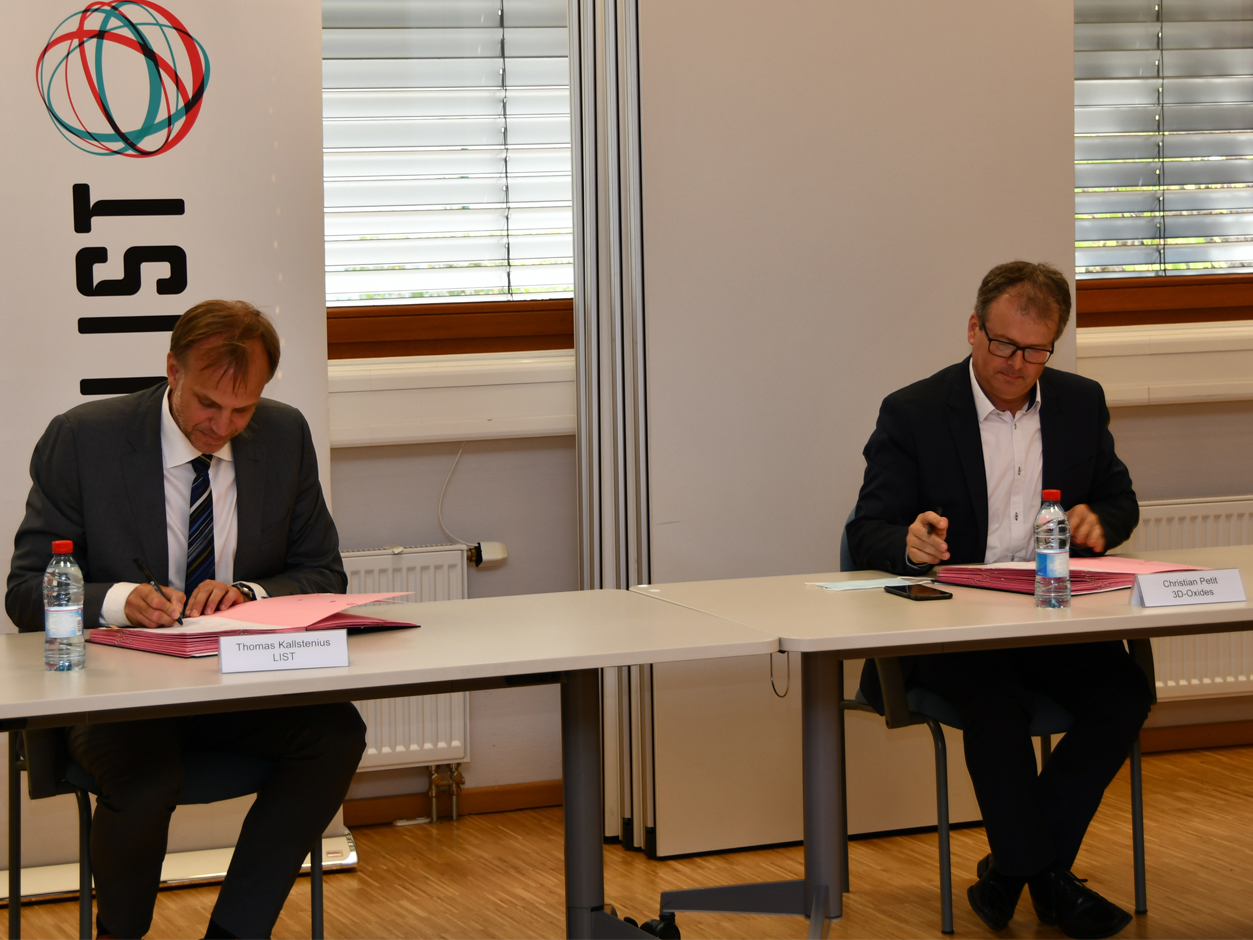