Visit of the Grand Duke!

To mark the inauguration of the Belval site, the Grand Duke, accompanied by several ministers, including the Prime Minister Xavier Bettel, visited the Maison de l’Innovation where they discovered LIST’s brand new Technological Showroom.

As a Research and Technology Organization (RTO), and the only organization of its kind in the Grand Duchy of Luxembourg, the Luxembourg Institute of Science and Technology felt a duty to have an efficient tool to present its innovations. The “LIST Technological Showroom” is the missing link that will enable part of the institute’s know-how to be easily demonstrated to its visitors.

The Showroom can be defined as a concentration of technologies "Made in Luxembourg", developed by LIST and its industry partners in collaboration with Luxinnovation. It illustrates perfectly the positioning of the institute and its desire to reduce the existing gap between scientific research and businesses.

The Grand Duke and ministers present were enthusiastic throughout the visit, which took place alongside Gabriel Crean, CEO of LIST, assisted by Mr Science of the National Research Fund (FNR). 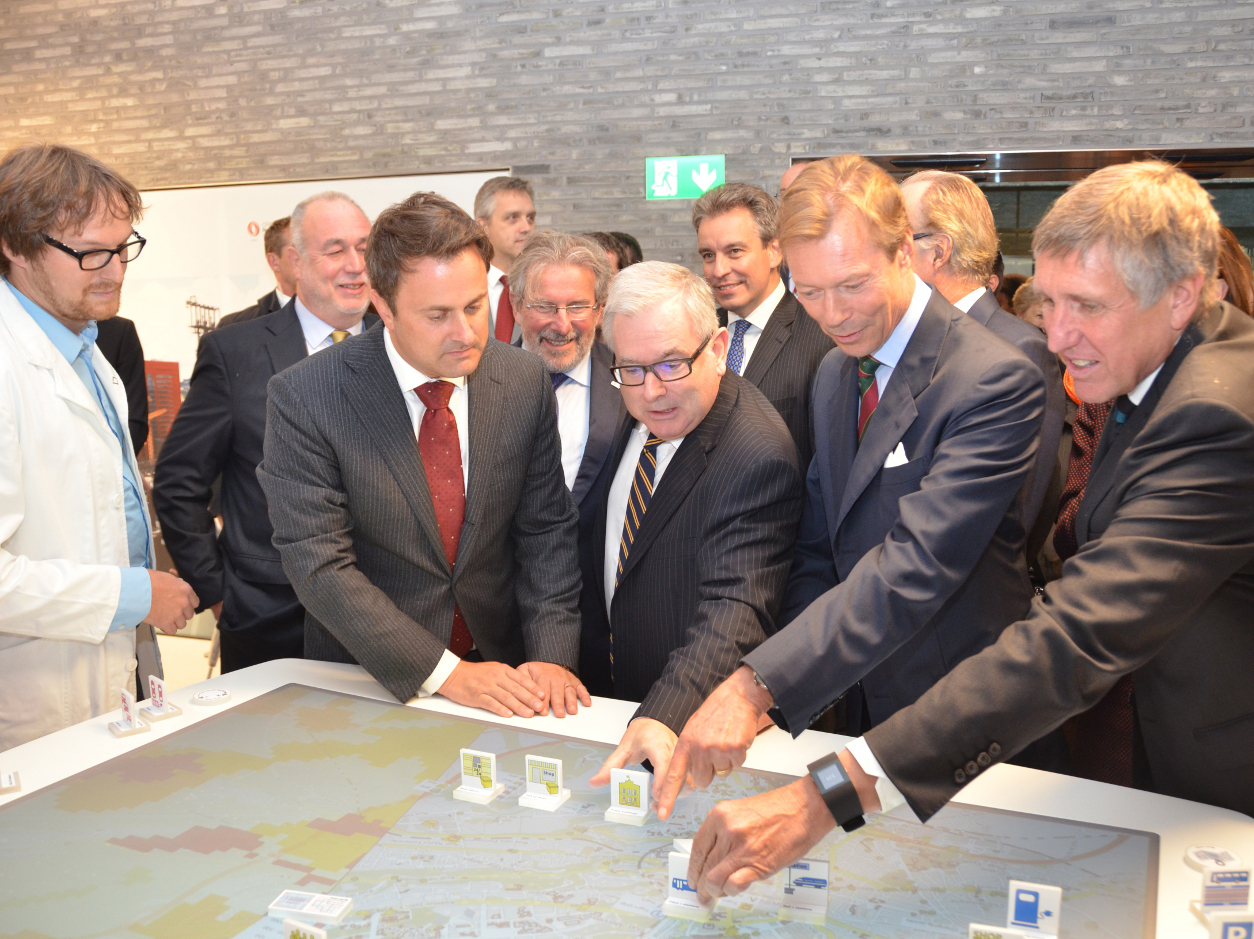