Visualising the energy potential of a city

Since its creation in 2010 under the aegis of the Fondation de Luxembourg, the Enovos Foundation has been promoting know-how and technologies that are distinguished by their sustainability. The themes of renewable energy production and energy efficiency play a prominent role. A recent example is the SECuRe (Smart Energy Cities and Regions) project of the Luxembourg Institute of Science and Technology (LIST). Its aim: to visualise the energy potential of an entire city at a glance.

On 21 September, the Enovos Foundation presented the promising results of this scientific research project in the premises of the Fondation de Luxembourg.

Conducted by the Luxembourg Institute of Science and Technology (LIST), SECuRe built on an earlier project MUSIC funded by INTERREG NWE (2010-2015), which introduced a 2D algorithm to establish the surfaces available for photovoltaic energy production. However, within the framework of the SECuRe project, these algorithms were developed towards 3D for the test case city model of Esch-sur-Alzette. This made it possible, for example, to integrate facades into the calculation of the photovoltaic potential. The other pillar of this project is energy efficiency, in particular the impact of renovations on energy savings. The aim is to visualise the energy potential of an entire city at a glance.

With 75% of Europe's population living in cities, urban areas play a key role in the energy transition to renewable energy sources.

However, to arrive at a model that allows this instant visualisation of energy potential, a considerable amount of data needs to be processed. In addition to the 3D model, a model of the change in the position of the sun is used to determine for each location in a city the solar irradiation over the course of the year. Between 12,000 and 13,000 maps are added together to form a single map at the end. To process the parameters of the city of Esch-sur-Alzette alone, 3 billion operations were necessary.

Combined with 3D data, SECuRe can be used as a planning and visualisation tool to determine, for example, the best locations for developing photovoltaic energy. The project has already attracted the interest of other cities beyond Luxembourg, such as Rotterdam, Aberdeen, Zurich, Charlston (USA).

The support of this research in Luxembourg through the Enovos Foundation underlines the societal commitment of Enovos as a key player in the energy sector in Luxembourg. 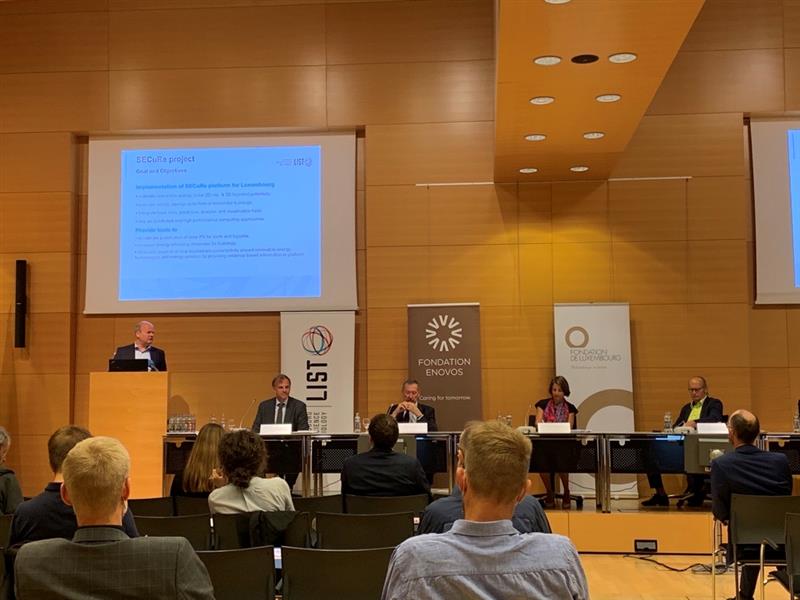