Herbicides are used on a large scale in Luxembourgish agriculture and domestic applications and are frequently detected at lower μg/L level in surface waters during seasonal flood events. Although herbicides have minor ecotoxicological effects on macroinvertebrates and fish, two important WFD biological indicator groups, their occurrence coincides with the widespread insufficient macrophyte index which is often the cause for good ecological status failure in Luxembourg. Macrophytes are known to show a high sensitivity towards herbicides, yet the current interpretation of their unfavourable index is solely based on eutrophication. The situation calls for the clarification of cause-to-effect relationship between herbicide exposure and macrophyte population deficits.

The line of argument is complex because it touches several insufficiently resolved issues:

1) a coherent and complete effect database for currently used herbicides for a reference autotroph including mode of action and mixture toxicity aspects;

2) the extrapolation of effects from the reference autotroph to the diversity of macrophytes;

3) the differentiation between herbicide and eutrophication effects.

Herbicides are applied mainly in Spring and the exposure situation is characterized by a mixture of compounds of different concentrations and toxicity, whose combined effects have been shown to exceed predicted impacts by currently applied single substance thresholds. The nature of effect combination needs to be tested in a simple laboratory system allowing for mode of action and effect levels determination. In addition, the effect testing should not be limited to identifiable herbicides. Therefore extracts from passive samplers will be tested in comparison with spiked mixtures of identifiable compounds.

Standardized tests are often the basis for the extrapolation of effects to other species since it is unrealistic and often impracticable to raise a multitude of species in the laboratory. The extrapolation is realized via the relative sensitivity of the target species to the reference species. This can be established from reported literature data but can also be derived from field surveys of macrophytes where exposure to herbicides is monitored. Here, 24 sites will be analyzed with statistical methods to rank the sensitivity of macrophytes.

Finally, the integration in the ecological model AQUATOX of the freshly gained ecotoxicological data and the nutrient sensitivity data which constitute the basis of the macrophyte index will allow for the analysis of eutrophication and pesticide exposure impacts in a selection of the 24 monitored river segments. 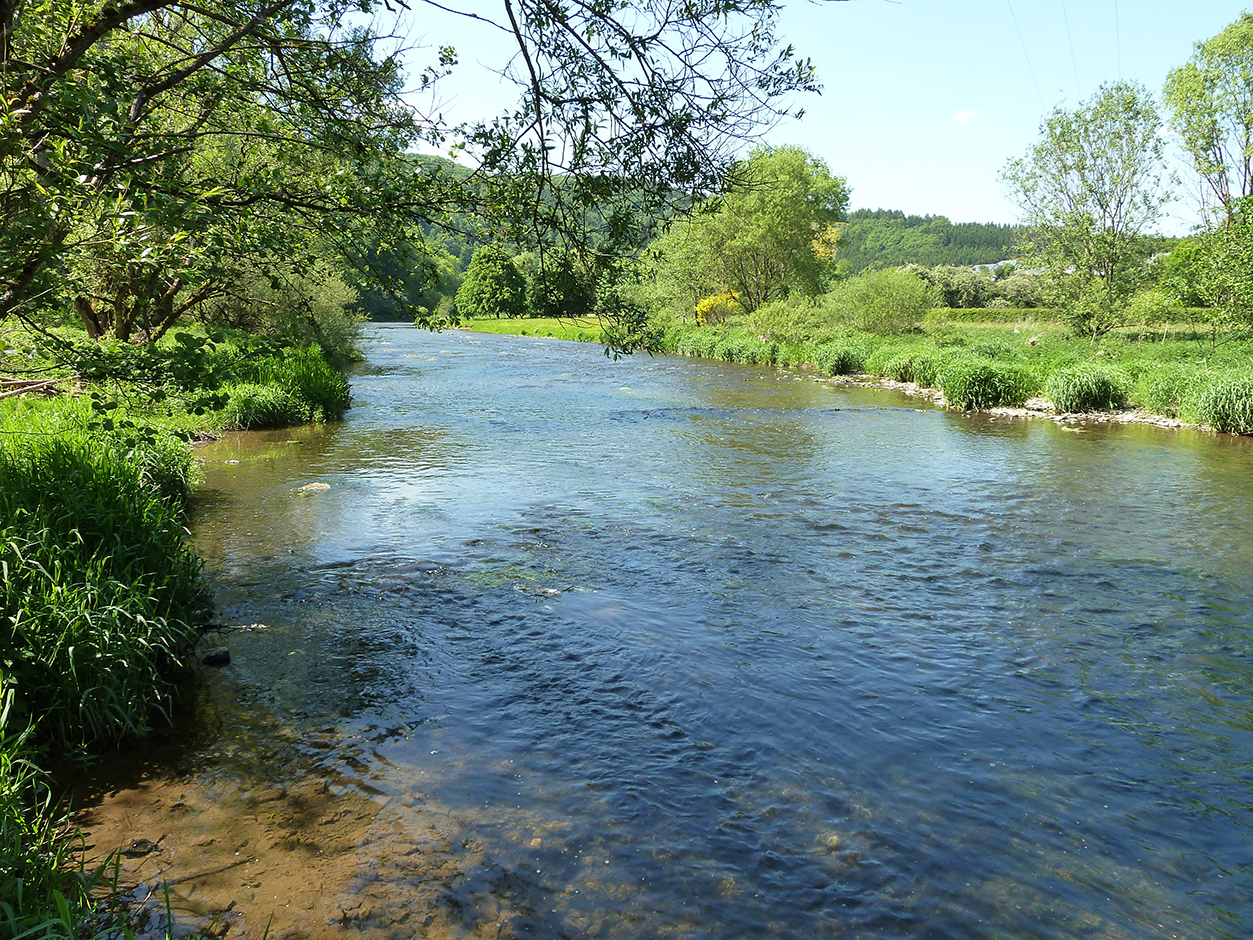