Advances in high-throughput sequencing now allow for much deeper exploitation of natural and engineered microbial communities, and make it possible to unravel so called “microbial dark matter” (microbes that until now have evaded cultivation). Metagenomics results in a large number of genomic fragments (contigs) that need to be grouped (binned) in order to reconstruct draft genomes of novel bacteria. Even though many novel contig binning algorithms have appeared recently, they often lack consensus and result in different bin assignments. Therefore, further verification of bin completeness and contamination and bin refinement is necessary.

2) the dimensionality reduction plot in which projections of the TNFs are shown. 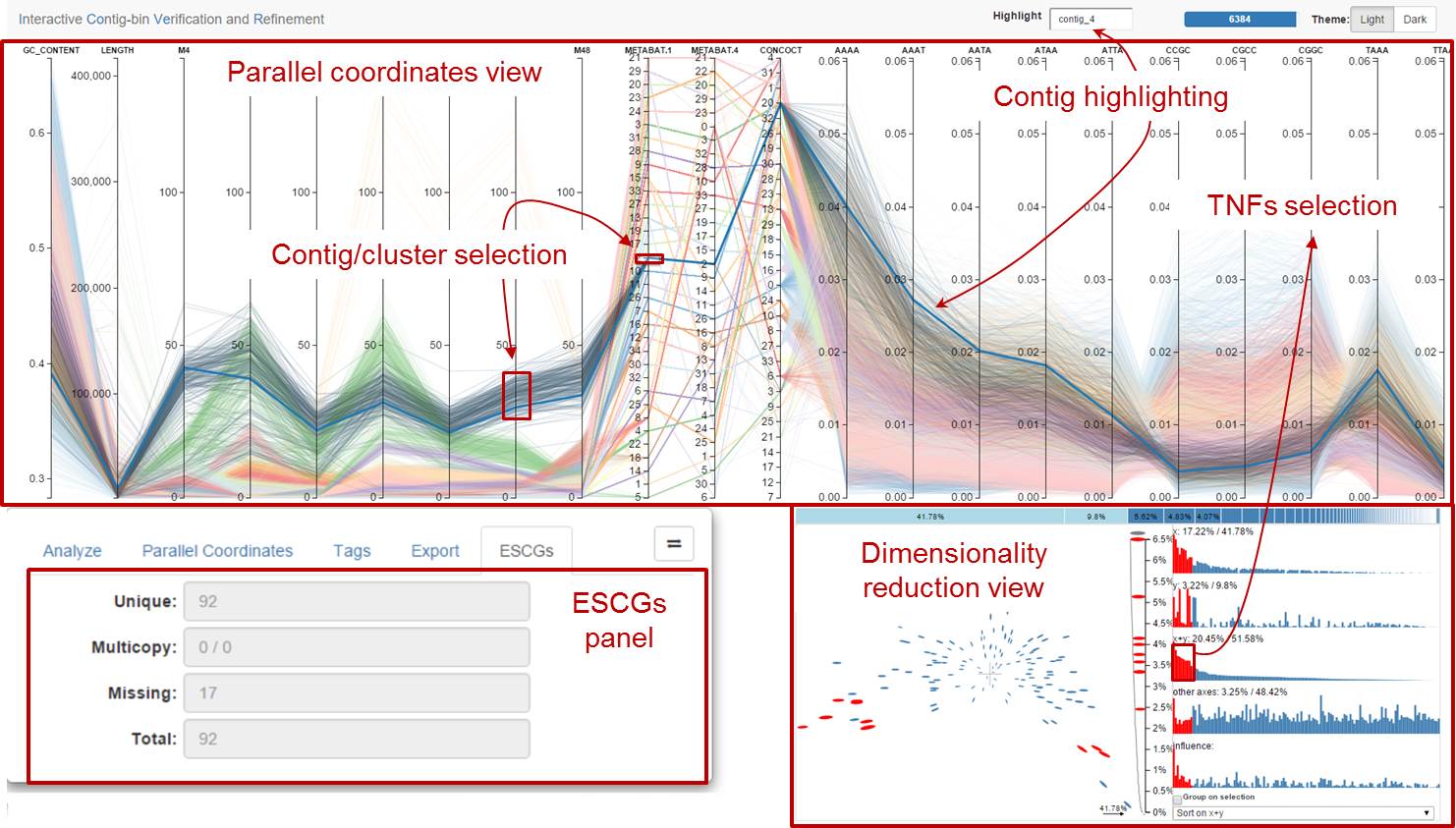 ICoVeR is an R plugin and as such is easily deployable on any system for which R is available. Data management and analytical functions are implemented in R. The frontend of the application has been developed using web technologies. The parallel coordinates visualization technique allows the user to display a large number of variables at the same time. On a standard 19” screen with a resolution of 1280x1024, 35 variables can be easily displayed, while still enabling the user to search for patterns in a meaningful way (easily scalable to large datasets).

The reconstruction of microbial genomes from metagenomic reads helps to unravel the genetic potential of novel, usually not yet cultivable microbes from both natural and engineered environments. Therefore, among others, it is of major interest to: 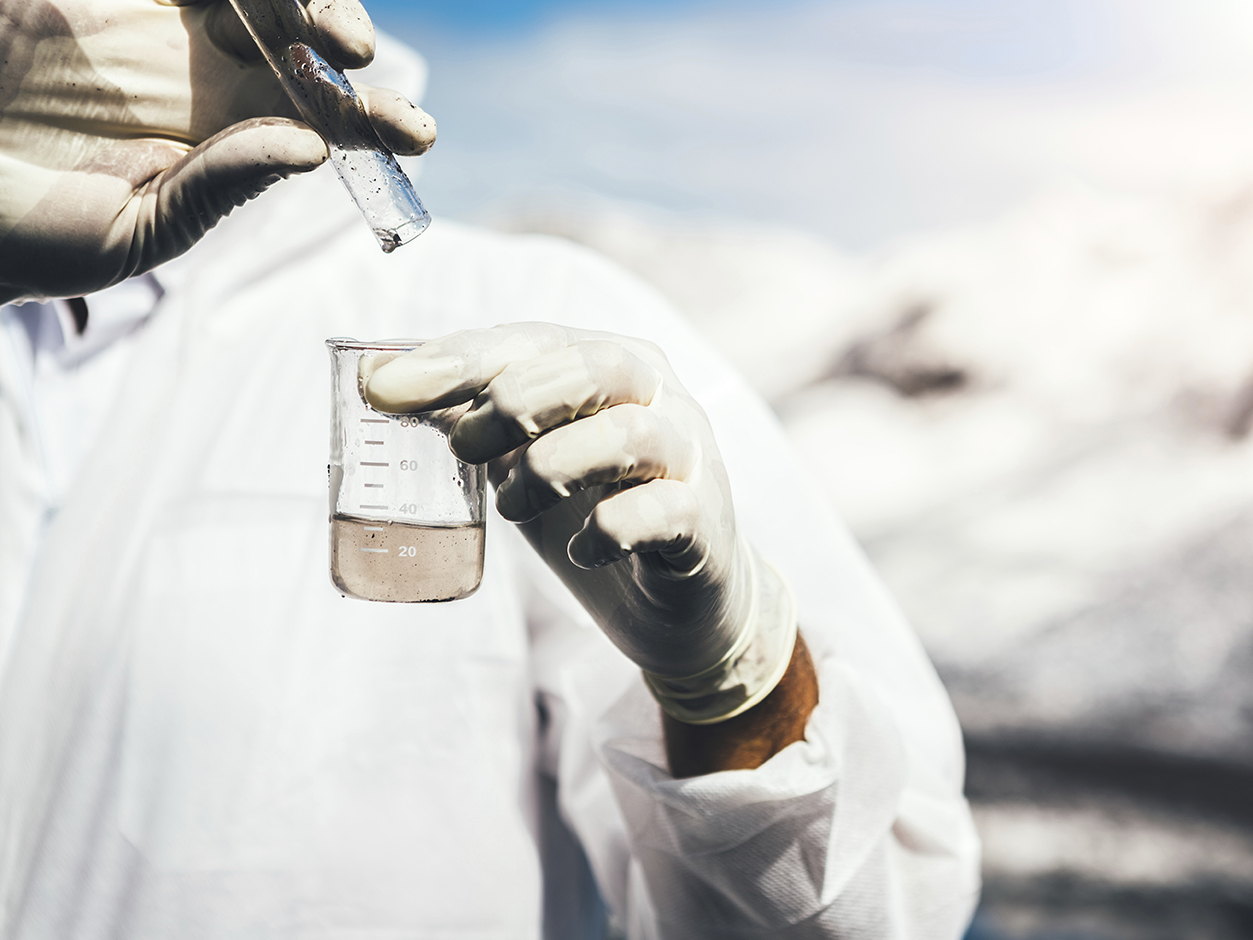 ICoVeR is released under GPLv3. Copyright LIST, all rights reserved.