Did you ever wish to have a delighted evening while at the same time learning something? 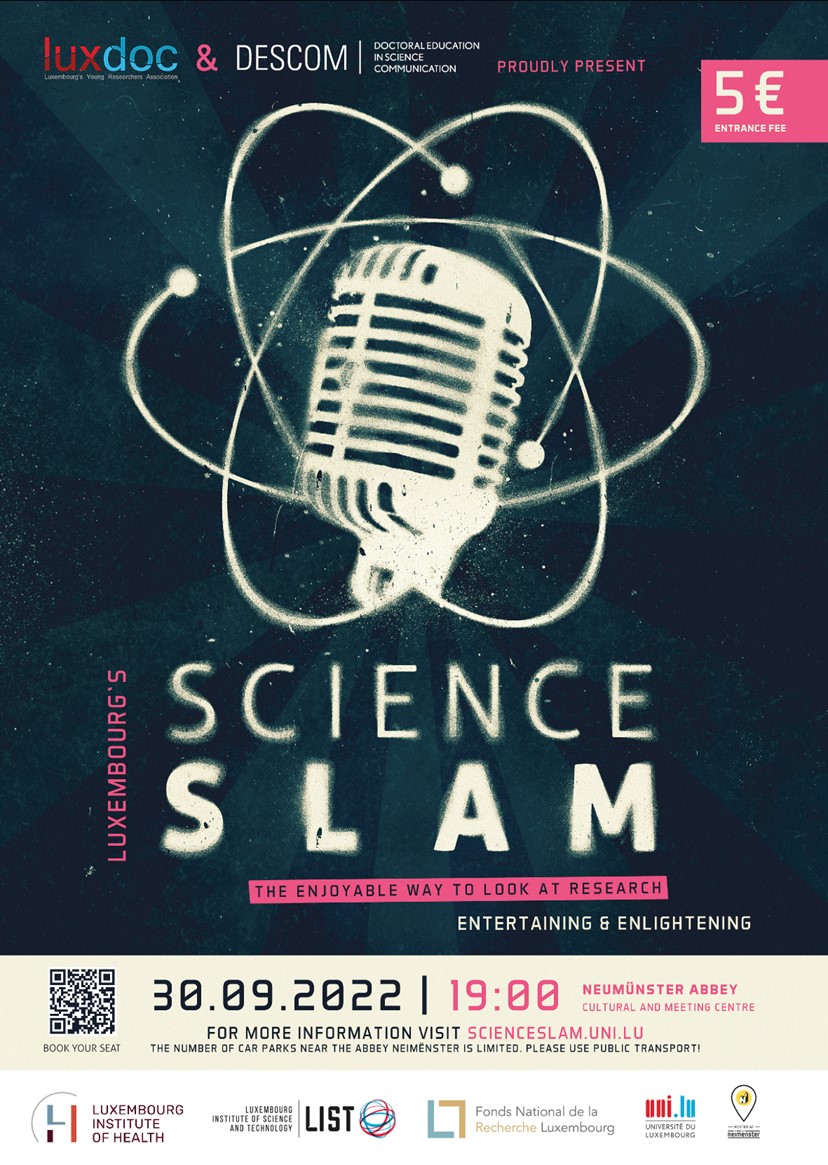 Then a Science Slam is just perfect for you! Briefly, several active scientists present their work in an entertaining and exciting manner competing for the credit from the audience. But how does it work?

You might have heard of the concept of ‘Poetry Slam’ which exists since several decades: Creative people present a piece of their writing or other performance on stage – in no more than a few minutes. This is not only a straight-forward approach where everybody can participate, it also gives aspiring comedians the unique possibility to start their career.

In 2008, this concept was transferred to scientific topics – now recruiting young scientists who are excited about presenting their research to the public. The frame, however, remained: Time is limited, and the audience should be entertained plus now also learn about science! Sounds like an impossible combination? Come and see for yourself!

Do you want to become slammer? Press here!

Science slams are a science communication format where young scientists explain their research projects in short 10-minute-talks that are easy to follow and afterwards the audience gets to vote.

The important thing is not primarily the scientific outcome of their work, but to explain it in an understandable, entertaining and concise way. Science slams take place outside the university or lecture halls and instead in cultural centers, theaters or clubs, usually in the evening. So, in a science slam, the scientists leave their ivory tower and become a part of popular culture.

The number of car parks near the Abbey Neimënster is limited, therefore we encourage all of you to come via public transport!

For more information on the security measures on-site please visit the website of the Abbey.

How do I get a ticket?

There are several ways:

2. Use the ticketing system of the Abbey

3. Buy a ticket directly at the Abbey at the reception or the Billeterie during opening hours

Please note: Tickets that are only reserved, need to be picked up on-site at the Abbey until 18:30. Otherwise they will return to the sales and you cannot claim them anymore. (Reservation of tickets is free of charge. Tickets are 5 Euros each)