The 2015 European Data Forum, an annual event focusing on Europe’s Data Economy is taking place in the Grand Duchy of Luxembourg. More than 900 industry leaders, researchers, and policy makers, are meeting to discuss the challenges and opportunities of data-driven innovation along this year’s theme: Exploiting Data Integration. LIST is proud to be one of this conference's local organizers.

The 2015 European Data Forum is taking place in Luxembourg. EDF2015 is co-organized by the European Commission and is an official event of the Luxembourg Presidency of the Council of the European Union. The focus of EDF2015 is Exploiting Data Integration in a European Single Market, and thereby an emergent field of business based on the publication, use and finally successful integration of data, a key enabler for sustainable growth in Europe. Initiated by technological leaps, such as Big Data and Linked Data, and supported by several EU policy actions, such as Open Data and the Digital Agenda, the European Data Economy engages a variety of stakeholders across thematic domains and disciplines along the data value chain.

Specifically, the forum serves as a platform and a business and technology oriented exhibition space for the 'Data Public Private Partnership' established by the European Commission and the European data community. Its stakeholders will mutually reinforce their strategies, which will result in a forward-looking, dynamic, and well-integrated EU-wide data ecosystem.

Following three very successful events in 2012-2014, this year's edition of EDF offers a rich programme consisting of industry and government keynotes, invited and contributed talks and several panels. During the event, the Eccenca European Data Innovator Award (EDI Award) will be presented to an individual who has excelled in pioneering Big Data, Open Data or Linked Data technologies in industry or the public sector.

EDF2015 is proud to have the following officials from the European Commission and the Luxembourg Government speaking at this years’ event:

As well as high level representatives and decision makers of large European companies such as Siemens, Lufthansa, Nokia Deutschland, Infineon, Zalando beside many others.

In addition to the above highlights, EDF2015 offers a comprehensive Poster Session and an Exhibition Space over both days with many exciting demonstrations providing the possibility to interact with leading vendors, research groups and SMEs from all over Europe.

Finally in 2015 the EDF Start-Up Village takes place for the first time - this represents an opportunity for Start-Up companies to meet strategic partners, from the industry, scientists and public decision makers. Last but not least the Pan-European Open Data Portal will be officially launched.

We would like to thank our Diamand Sponsors: BCE, EBRC&POST, ODINE, SAP and Siemens for their support that helps to make EDF2015 happen! 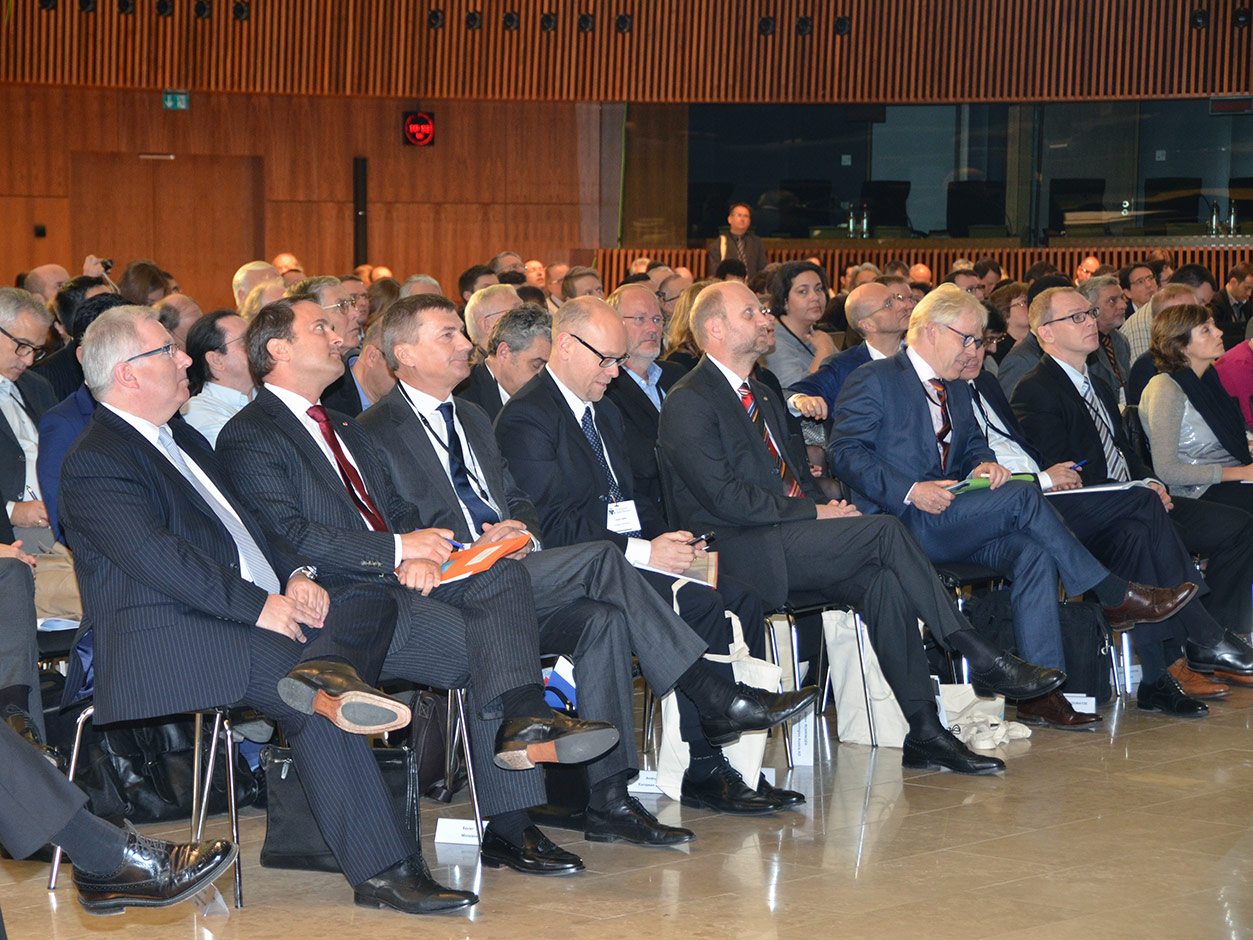