Learning how people collaborate together is a science and that is exactly what the project ORBIT - a joint Luxembourg Institute of Science and Technology (LIST) and University of Luxembourg collaboration - was all about. Although it has now reached completion it has paved the way for a follow-up hands-on project for the public and has piqued the interest of Esch 2022 programme.

LIST worked together with a team led by Patrick Sunnen in the social science department of University of Luxembourg making it very much a multidisciplinary project.

“The idea is to study and support collaboration using an interactive table,” explained the project leader for LIST Valerie Maquil, who works for the IT for Innovative Services (ITIS) deaprtment, “Collaboration is an important skill now. More and more people need to work together as problems become more complex and different types of expertise are needed to tackle this, but it is not so obvious to train for such skills”.

Therefore, an interactive table is the ideal tool to study collaboration as it brings people together around one shared space where they can easily have face to face discussions. At the same time, since it’s a computer, different kinds of scenarios and calculations can be integrated. One example of this was splitting controls for tasks forcing users to collaborate together.

Valerie gave a specific example of this. “We developed a game where users had to steer a rover on a planet, but everyone had only two directions. This meant they had to discuss and join forces together”. To change the approach and study another angle of the users, problems, or “breaches” were thrown into the game to test reactions. “For example, there were some scenarios that suddenly reduced visibility for thew rover with a sandstorm making players change their strategy and adapt to the challenge”.

This was the point of the project and what it achieved was to demonstrate how people collaborate to overcome challenges that can then be trained or even be self-trained while collaborating around the interactive table.

The combination of the LIST team with the social scientists of the university proved to be perfect as they are the experts in collaboration.

ORBIT began in 2018 and received funding from Luxembourg National Research Fund (FNR) and was a CORE project meaning its aim was to strengthen the scientific quality of Luxembourg’s public research.

But why is it called ORBIT? “It’s an acronym for ‘OveRcoming Breakdowns in teams on Interactive Tabletops’, but we thought like an orbit – bringing people together - and in the project we decided to use Orbitia as the name of the planet the rover needs to be navigated on,” explained Valerie.

But it was not just LIST and the University that was involved in the project, several Luxembourg City employees also took part in testing with seminars around the table.

An achievement of the project was the collection of data for different groups and how they work together in different situations. This produced more than 10 peer-reviewed publications of data results.

The project impact is the ability to demonstrate new approaches for learning how to collaborate, with tooling that can be integrated in seminars and adapted in different ways depending on the type of skills you want people to develop. It contributes to the construction of a theoretical and methodological framework regarding the analysis of collaboration processes.

But while ORBIT may be over, its results have paved the way for another project. “We talked to the Luxembourg Science Centre during the project, and they became really interested, and so now a follow-up project is being setup called ‘PSP Flagship Republic’ and is going to be exhibited as part of Esch 2022 programme,” explained Valerie

Indeed, PSP Flagship Republic is about promoting science to the public with activities developed and set up at the Luxembourg Science Centre as a booth. Visitors will be able see what has been achieved and participate in games and receive immediate feedback on their collaborative actions such as sharing a common focus or having mutual awareness. Visitors will also have the opportunity to actively participate in research.

“Organisers of Esch 2022 would like to show outcomes from local research and other initiatives that are happening. The table will be exhibited there for three weeks with four workshops organised where people can come and participate and learn what was achieved in the project,” said Valerie. 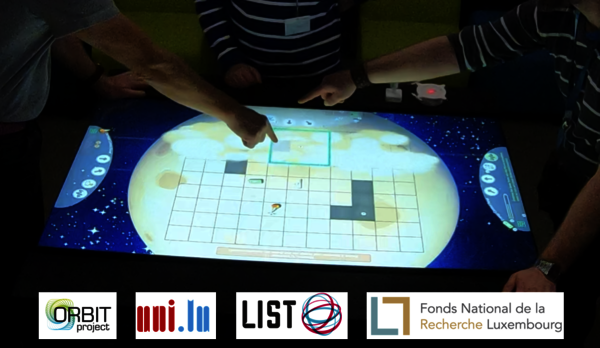 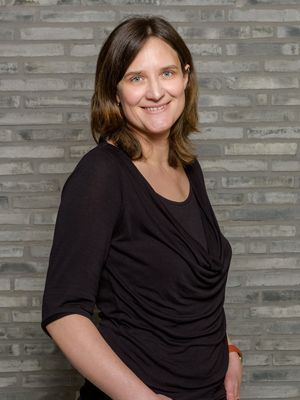