WASDI, A SPIN-OFF TO BE FOLLOWED CLOSELY!

The images of the bad weather which Luxembourg suffered last July travelled the world with reactions from heads of many countries. Unfortunately, emergency action to deal with it was needed.

If floods are natural phenomena that cannot be avoided, satellite remote sensing and natural resource modelling could provide valuable assistance to local and national authorities in times of crisis.

This is precisely what our environmental experts – Ramona Pellich, Patrick Matgen, Marco Chini and Renaud Hostache – have been working on in collaboration with Italian company FadeOut Software and Luxembourg start-up RSS-Hydro.

A SUCCESS STORY MADE IN LUXEMBOURG

The magic happened in 2018, when our experts integrated their patented algorithm HASARD into the Earth observation exploitation platform WASDI, developed by Italian company FadeOut Software.

Able to generate ever more accurate flood maps in almost real-time, WASDI has played a key role in regions heavily affected by bad weather, such as in Mozambique in March 2019 or in Burma a few months later.

While the spin-off has since caught the attention of renowned entities, such as the United Nations in the framework of its World Food Programme (WFP), NASA and the World Bank (to name but a few), it is its recent collaboration with the European Space Agency (ESA) and the Luxembourg Space Agency (LSA) that is receiving all the attention, and with good reason – last August, both agencies invested through the national funding programme LuxIMPULSE, which intends to foster research, development and innovation in the Luxembourg market.

This is undoubtedly a major step for this young start-up, which the long-standing partners – FadeOut Software, RSS-Hydro and the Luxembourg Institute of Science and Technology (LIST) – were keen to immortalise during a kick-off meeting, on 6 September.

And as good news never comes alone, LIST experts also announced that they are working on new applications, such as mapping forest fires and urban changes, or monitoring ship movements.

What if this was just the beginning? 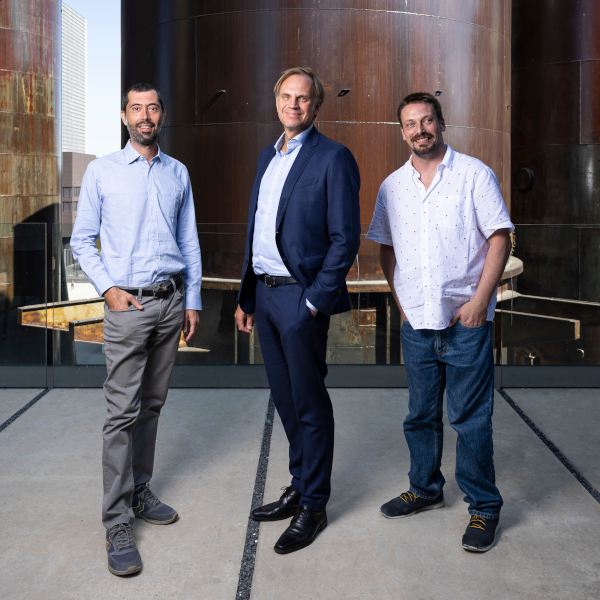